…but not necessarily in that order.

My dragons kept fouling their large dish of water because they love bathing in it but full-body immersion always makes them poop and then (no blame on them) they don’t care to drink it.  They drink too fast the smaller dish I give them, carefully too small for them to bathe in.  I suppose I could buy them one of those fancy water dispensers they have in the pet store, but the high expense for such a simple contraption kind of galls me so I’ve not run right out and got it.  Besides, we got snow this weekend.  It’s beautiful, but I sure as hell don’t want to drive in the pretty stuff.

I figured they’d do better with a fountain.  I have plenty of those, I just had to pick out the right one and find a good pump to go with it.  My downstairs storeroom is a jumble of these.  I picked out some likelies and was going to test them out in the downstairs sink only to realize the cords wouldn’t reach the outlet from the sink.

Grumbly, I took the best bet upstairs with me hoping I wouldn’t have to repeat the up and downs too often.  I’m not that fond of climbing stairs anymore.

Set it all up while carefully keeping the dragons out of the way.  They made this rather challenging being inquisitive by nature. Filled it up.  Turned it on.  Nothing happened.

Figured I had a bad pump.  Grumbling, I went down to find another.  Switched them out.  Noticing when I did so that the pump was unplugged.

Egad!  I’m such a space cadet sometimes! Cut my fingers up on the screen I had to move too while in the process of reaching enlightenment.  Ouch!  Dang it anyway.  The fountain is working beautifully now though.

It occurs to me that most problems in the world have common sense solutions that either haven’t occurred to us yet or, for whatever reason, haven’t been employed yet.  Maybe there’s too many fat cats with too much stock in keeping others down, too many intelligence stunting cartoons out there like Sponge Bob inflicting our children with less-than-sharp wits, too much inbreeding, too much soul nullifying anger, fear, guilt, and lies being dished out by politicians and religious leaders alike.  I don’t know.  Just sometime the obvious solutions escape up us, leaving us looking on and overwhelmed in dumbfounded dismay…. 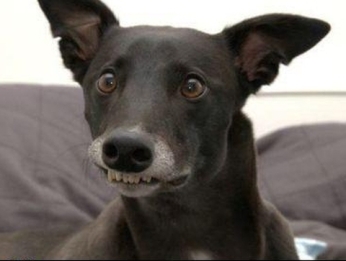 I think it would be better if, when in doubt, we stopped looking to the so-called authorities and just brainstormed amongst ourself.  I don’t think this requires high technology or even high IQs; just basic common sense, open minds, and a willingness in the Collective to succeed.  Not that some high IQs and technology wouldn’t help some.

For instance, the debate between Pro-Choicers not taking the fetal life into account or the Pro-Lifers not taking the mother’s life or her future child into account, does not need to keep rankling.  There ARE other options.  Seeing an unwanted pregnancy through and either facing the trauma of giving it up for adoption or giving it a life of poverty and possibly abuse doesn’t have to the only option to avoid abortion.

No one prefers to get an abortion.  It’s nearly always an uncomfortable and depressing last resort… as is going through the pregnancy only to give your baby up for adoption because you know full well you can’t do right by it.

There’s another option you almost never hear about though.  Did you know that a fertilized ovum can be frozen for years and suffer no damage for it.  When needed, it can be thawed out and placed in the womb of a mother who wants a baby, no problem.  That way the mother-child physical bonding can begin when it’s supposed to begin, be a blessing, not a curse, and not wreck the body and future of the donator that doesn’t want it or isn’t ready.

Every child should be raised by parents that want it, are psychologically vetted, and financially capable of the enormous expense in raising a child.  Believe, child raising is no walk in the park (though there ought to be lots of that as well) so you should respect those who know they’re not ready and make decisions based on that.

90% or the animals surrendered to dog pounds being euthanized no matter how well behaved, sweet, beautiful, smart, loving, or pure bred they are.

The shelters in my area used to be that way too.  It was depressing even to look at them.  But now they’re all No kill, require spay or neutering before they’ll release an animal to a new family.  They have nice facilities now, volunteers to come in a visit the inmates, keeping them well socialized, taking the dogs for walks, ect., advertise about whose up for adoption using posts on the internet connected to their main site, and a large network of foster homes for the overflow.  And it works GREAT. 🙂

People being left homeless, because even employed they can’t afford their house payments.  Sometimes it’s due to a lowered income, a rising mortgage or rent, fire or natural disaster, or catastrophic medical costs.  The end result is that there are more houses standing empty than there are homeless people to fill them.

This feels all kind of wrong to me.  If the rate you are letting your home for is too high for anyone to afford, don’t you think it’s time to lower it?  And why aren’t banks/landlords bothering to work with people who were paying their mortgage or rent faithfully and now have suddenly failed in their ability.  Maybe find out what’s wrong or work out a more workable payment plan, something like that?  An empty house sure won’t be bringing them income after all.

Global warming, high crime rates, violence, and poverty are obvious problems that have an obvious solution.  At least to me they do.  All of these problems are mostly a direct result of over population.  These could all be managed better via law, but that would be only the bandage.  The solution is limited population… not by killing people or forcing abortions, but simply making birth control widely available and acceptable and giving fitness for parenthood priority over simple fertility.  Just saying.

Ha.  I saw this article this morning: Iranian Navy Command Vows to Sink US Warships. It brought immediately to mind a little chihuahua yapping ferociously…

….at a great dane who could, if he chose, simply sit on him and end the dispute.  But the Iranian in question seemed to be expecting THIS reaction: 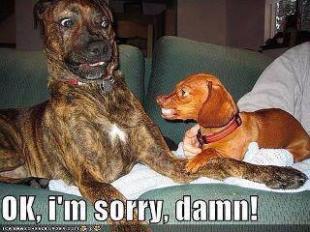 I laughed, realizing I’d once seen such photo, only the great dane was pretty much ignoring the noisy little pip squeak.  I searched online for that picture, hoping to post it in comment to the article, but instead found a lot of other funny cute dog and other animal pictures.  This is the response the Iranian has gotten so far…

…which is a pretty appropriate under the circumstances in my opinion.  If someone wants to be bellicose with us, we can always shut them out and not deal with them at all unless they actually get in our faces with their threats AND the threats are a real and present danger.

We don’t have to hurt each other.  Belligerence is nothing any of us need.  We don’t need Machiavellian types keeping us at one another’s throats either.  We can get along.  Even the fuzzies know it.

Okay, never mind.  Just look at all the cute pictures I found.  They made me smile.  Hope they’ll make you smile too.

Careful not to step on the Iran, Spot.

I think I remember this pair from the Jim Hendericks movie, Labyrinth back in the 80s. 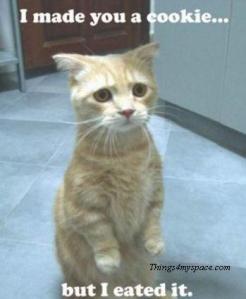 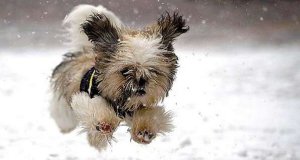 Super Dog to the rescue!  This one looks exactly like my fuzzy nephew, my sister’s little do named Tigger.

OMG this puppy is a BEAR!  He could eat her head in one bite!  Luckily, he’s not that kind of bear.  He’s just a big fluff hug… one she could probably saddle and ride. 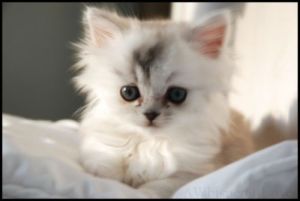 Another thing I stumbled on was a George Carlin quote explaining the real reason the Ten Commandments sculpture wasn’t welcome at court houses: “You can’t have ‘Thou shalt not steal,’ ‘Thou shalt not lie,’ and ‘Thou shalt not commit adultery’ on a building full of judges, lawyers, and politician!  It creates a hostile work environment!”

LOL.  I couldn’t agree more.  Gotta love our George.  He was always spot on, wasn’t he?

I'm an ex-Pentacostal, ex-Muslim, ecclectic Agnostic with slightly Wiccan leanings. I am not affiliated with any organized religion or political platform, but I do believe in magic and all things wise and wonderful. I work as an admin in a calibration lab. I've published 2 books so far this year: Lost in Foreign Passions: Love and betrayal, passion and loss in the heart of an alien land (a memoir of my time as a Muslimah and living in Iran for a year), written under my previous married name, Debra Kamza, and Dream Lover (a paranormal romance, the tale of witch that summons her favorite character out of a Bewitched spin-off and the actor who plays him as well). I'm constantly writing stories and poems, thoughts and dreams, and quite a few opinions - many of which are not popular but oh well. Bite me. I'm interested in art, animals, the paranormal, and people. I love to dance, all sorts, but have been studying belly dance since 2006 and LOVE it! I love anime too and love dressing up and going to conventions. My writing runs the gummut of historical, science fiction, fantasy, romance, and erotica. Beware: I may not be safe reading for work. Just saying....
View all posts by Ampbreia →
This entry was posted in Animals, Kids, Middle East, nature, News and politics, Pets, population, Relationships, religion, social pychology, Thoughts and Dreams, Uncategorized. Bookmark the permalink.